BUYING A USED CAR ABROAD. IS IT CONVENIENT?

Sometimes, in order to buy a used car, you even go beyond the borders of your country of residence.

In fact, owning a car purchased abroad means having a vehicle optioned and maintained at a higher level.

It is well known that owing a vehicle is a part of us and, consequently, it is rare to find someone who doesn’t own a vehicle.

Today, thanks to Internet and to the many portals specialized in car sales, it only takes one click to find different proposals from different dealers, if you are looking for a car to buy.

"THE COUNTRY YOU GO, THE PRICE YOU FIND": WHERE DO I PAY LESS FOR THE CAR I WANT?

In the digital era, searching the internet for the car of your dreams is very simple. You can easily access search engines, which offer at reasonable prices and accessible payment methods.

Obviously, given the particular nature of the purchase, it is strongly discouraged to act instinctively. It is necessary to start a well-defined path and carry out a series of essential checks and fulfilments, from purchase to car transport.

It is also necessary to take into account that procedures differ according to the origin of the car, whether from an EU country or outside the Union.

Dat-Italia, a leading company in the automotive services sector, photographs the swirl of European sales of new and used cars. Dat’s analysis is based on 2015 data, it identifies the most popular models for Italians in foreign territory, showing the price differences between our country and that of the first matriculation.

This study considers the used cars, selected among the best-selling models in Italy in 2015 with at least  three years of service and an average of 45.000 km travelled. Some significant examples indicate that it is cheaper to go to Austria to buy a Fiat 500L, or to Germany for a Smart or, again, to Spain for a Ford Focus.

It is cheaper to buy a Toyota Aygo abroad, with savings of around 10% in Germany, 14% in Austria and 4% in Spain.

And what about the legendary FIAT 500? It has always been the best-selling car in its category in Europe, along with the Fiat Panda.

WHY DON’T YOU LOOK BEYOND ITALY FOR A USED CAR?

Besides economic convenience, many Italians are interested in imported cars for the best conditions of the vehicles, for colours or fittings which are not available in Italy, and for further personal reasons.
This motivation, in addition to being a good idea, has now become a habit.

Do you need a new car to go to work and to treat yourself to a trip out of town but don't want to affect the family budget? You need to find a way to save, perhaps by buying a used car.

Looking for the best deal far and wide around Europe, it is certainly not an exercise for lazy people, but it can turn out to be a well-rewarded effort.

On the other hand, if great deals closed abroad were just a cliché, there would be no migration of cars and people from one country to another.

Everything depends on the car of your interest, as well as on the specific historical moment, influenced by tastes, habits, commercial campaigns. Let's just say that, with a little good will and some research, everyone can save some money and get the desired car.

THE PURCHASE OF A USED CAR ABROAD. IS IT REALLY CONVENIENT?

Buying a car abroad, if made with the necessary precautions, can bring many advantages, balancing the savings, on the one hand, and the additional expenses, on the other. For this reason, it is becoming an increasingly widespread practice.

Interest in cars purchased directly in the producing country, whether new or used, is explained by:

This means that, for an Italian citizen, it is relatively easy to find the deal and obtain a vehicle, all in all, little used and in any case in good condition, with a saving of several thousand euros, compared to the same purchase made in Italy.

If you want to buy a car abroad, you also need to estimate if the “four-wheeled deal” is really convenient.

Many people are attracted by the idea of buying a car in Germany thinking that they will find more seriousness by the sellers and above all thinking that the price of the used cars is lower than that in Italy.

Let's dispel a myth: not all used cars in Germany are cheaper.
The German car market is more convenient for medium-high range cars and for those produced in Germany. Audi, Bmw, Mercedes are quoted on the second-hand market at prices that are on average lower than in our country.

If you are looking for Italian, French or Spanish cars, Germany becomes “anti-economic”.
Unfortunately, there are people who cannot afford a high-end car, due to the fact that they are very expensive, so they choose to buy one at a lower price or pay for it in convenient monthly installments.

In other cases, many choose to buy it outside the European country where they live, perhaps in those countries where the price is much lower, such as, for example, Spain and then transport it to Italy.

Spain is a very interesting country to visit, to spend a beautiful and exciting holiday. It is appropriate to remember that in this country it is possible to get interesting four-wheeled deals.

If you intend to buy a used car, Spain might be right for you.
In such country you will certainly find a multitude of car offers of various makes and models.

The best-selling used cars in Spain in 2020 are a true reflection of our automotive market of a few years ago, but also of the present and hopefully of the future.

And, according Istituto Ideauto’s data, most of these operations are carried out with very old cars.
It is funny how the word "old" has a derogatory meaning when it is attributed to an elderly person, while it is more positive when it refers to a car.

Here is a figure from the latest report on used cars sold in Spain until August 2020 (Source: AUTOBILD.ES). This report highlights that second-hand vehicle purchases continue to be carried out on cars older than 15 years old (at 32.9%) or between 10 and 15 years old (at 23.0%).

It is, in other words, a question of decommissionings between private individuals. In fact, there are no used car dealerships that work with vehicles of that age, subject to a minimum guarantee, especially as regards the condition of the vehicle itself.

Until the first half of 2020, the best-selling cars in Spain show figures that, just a year ago, would have seemed almost ridiculous. This is what emerges from the data that take into account months of closed dealerships due to the health crisis from COVID-19, which highlight the result of an overall decline in sales. This drop reached 50,9% and consequently also affected the transport services sector.

That being said, incredibly, there is one car that has been sold more in the midst of this crisis: it is the Seat León.
The figures speak for themselves: of the approximately 20.650 delivered units, up to 1st of July 2020, 9.661 Seat Leóns had been matriculated. The “Spanish compact” therefore remained the best-selling car in Spain.

We must underline, however, that before proceeding with the purchase of the car, if online, perhaps it would be better to go in person to Spain, traveling for two or three days by car or a few hours by plane.

In this way it will be possible to see the car and check its condition, if regular checks have been carried out and if it has no substantial defects.

Once on site it will not be necessary to personally transport the car, on the contrary, it will be possible to enjoy a few days of well-deserved relaxation and entrust the transport of the car to a car logistics service, which will deliver it to its destination.

Once you have found the right car, and the deal is done, you will be the owner of the vehicle.

Now, it will be necessary to organize the transport between Spain and Italy.
With Trasauto Logistica, transporting cars throughout Italy, to and from abroad is easy, safe and convenient.
Car transporter, also called “stork”, is the most common means and method of car transport.
However, not everyone knows that this particular transfer method can be used very easily.
Few people know the term car transporter, yet it certainly happens very often to see these particular vehicles on the highway, on the freeway and in the large parking lots of the service stations.

Car transporter is that vehicle that allows to transport up to 10 vehicles, placed one behind the other, on two levels. It is, in effect, a large truck, which requires a large manoeuvering space.

Car transport with car transporter has become one of the most used means of transport for moving cars quickly and extremely reliably.

The interruption of the same service offered by the railway lines and the greater flexibility compared to sea transport is also a factor in its success.

Moving a car through a car transporter then, allows a great flexibility in terms of times and movement: not being constrained by times and places, it is possible to agree with us in advance and find the right travel conditions to meet any kind of need.

WHAT DO I NEED TO DO BEFORE THE TRANSPORTER PICKS UP THE CAR?

In order to use the car transport service, it is fundamental to focus on some details.

It is necessary to carry out some operations to prepare the car before the trip:

Why is it so important to go through all these steps?

All car transporters of Trasauto Logistica are equipped with vector insurances that protect the cars during transport. The vehicle must not necessarily have insurance but it must have all the documents in order.

The pick-up and delivery operations must take place in a large enough space, in order to allow the car transporter to arrive and easily carry out the different manouvers.

But there is nothing to fear. Our affiliates are certified professionals with years of experience and thousands of car transported. They will take care of your car, putting in place all the appropriate procedures.

Car transport with car transporter meets the needs of private individuals and companies, ensuring safety, comfort and the due celerity.

Do you want to know the shippng cost of your used car?

Fill in the form and find out the prices and conditions of the transport of your used car on car transporter from and to Spain.

or asking for further informations via e-mail: info@trasauto.com 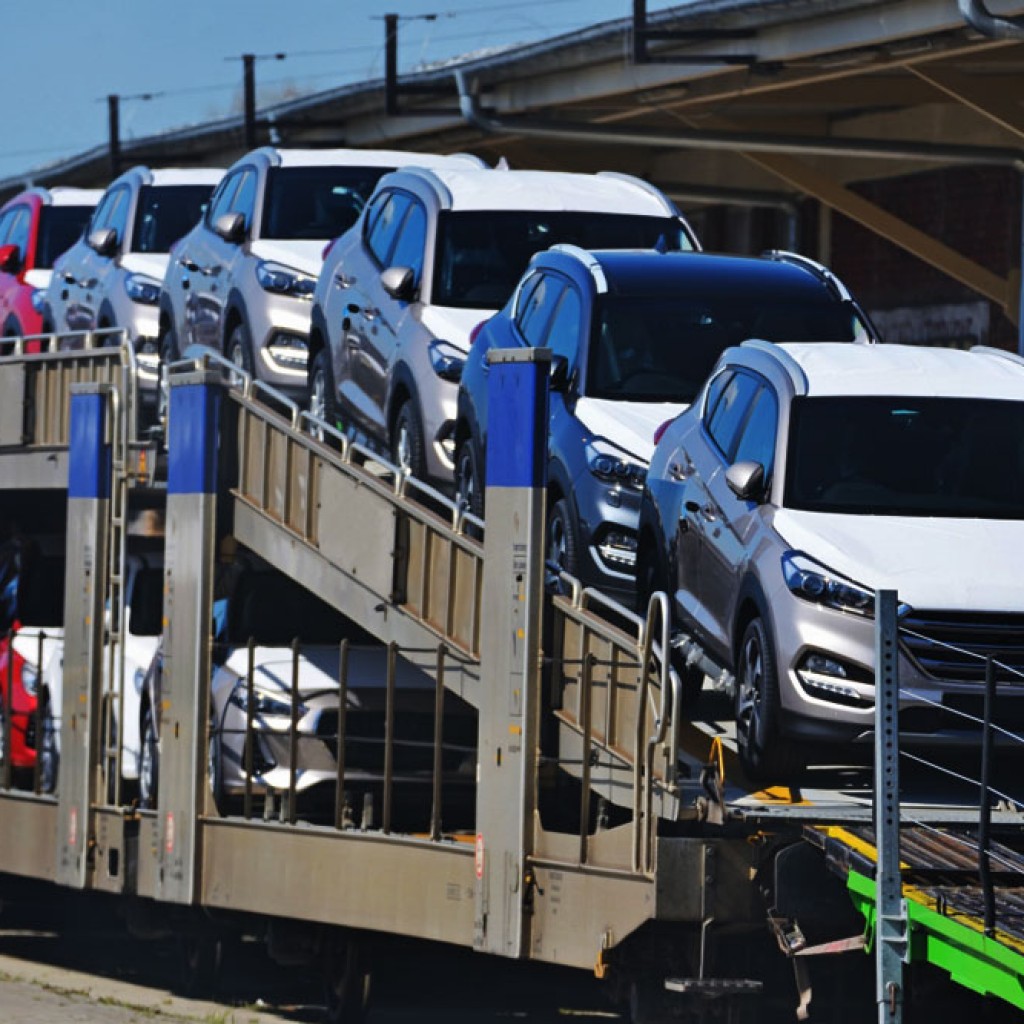 CAR TRANSPORTER: A SERVICE ONLY FOR…

Trasauto has specialized in car transport service for over 40… 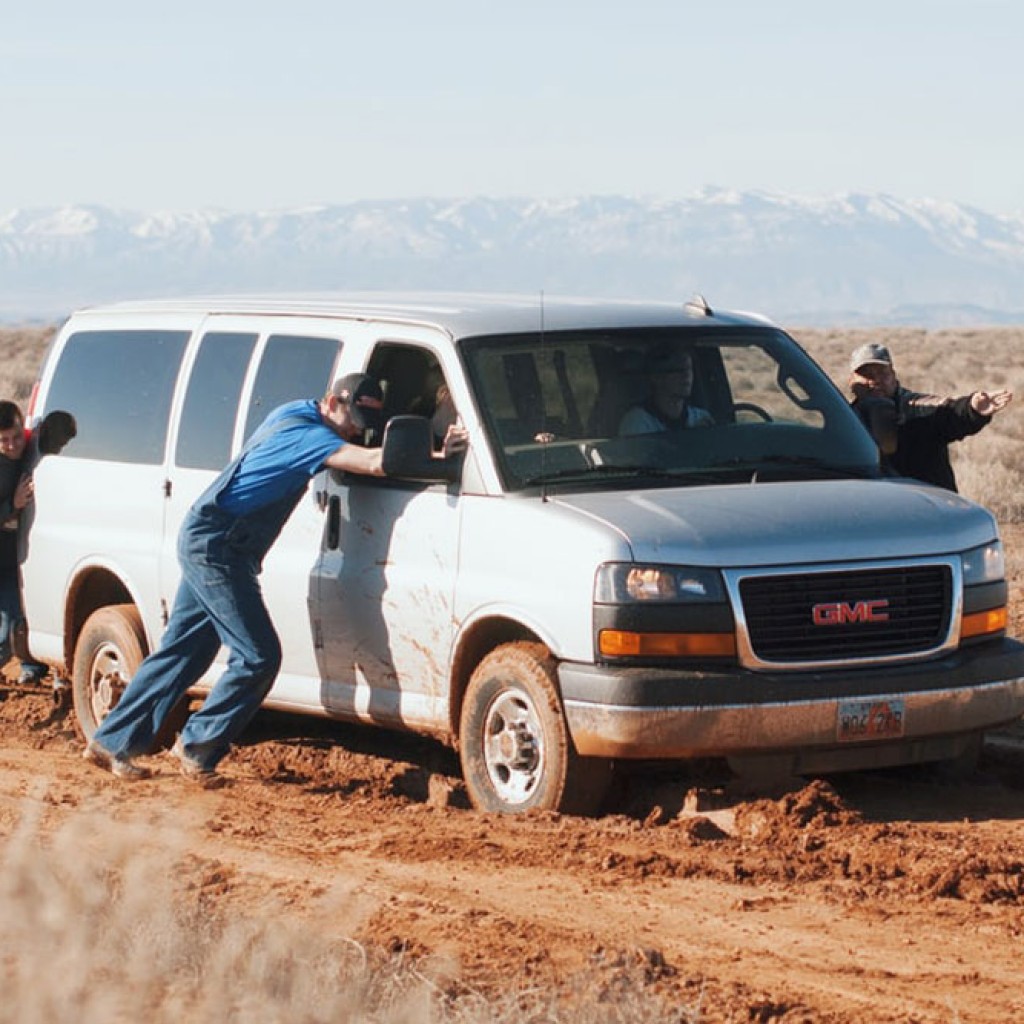 CAN I TRANSPORT A DAMAGED CAR?

Do you own a damaged car and are you looking… 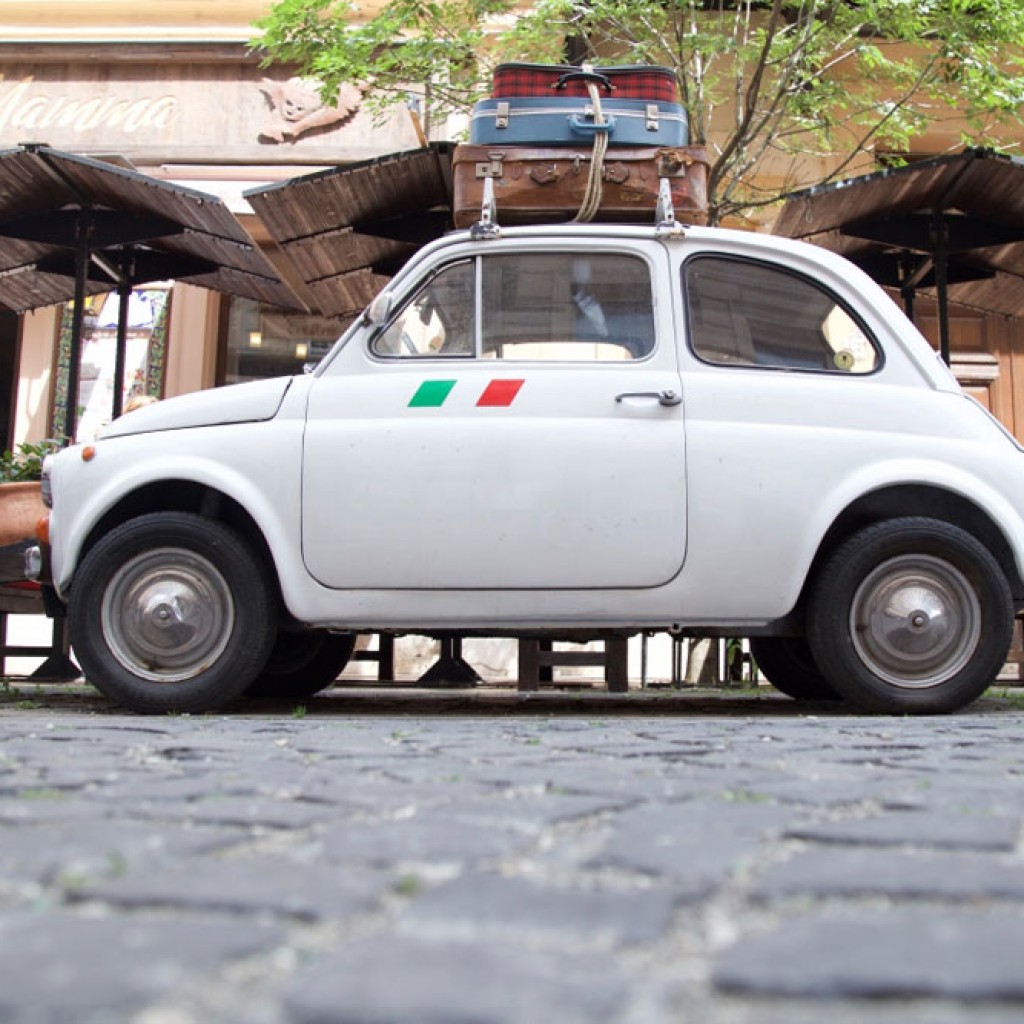 CAR TRANSPORT SERVICE ALL OVER ITALY

How to transport your car from a destination to another?… 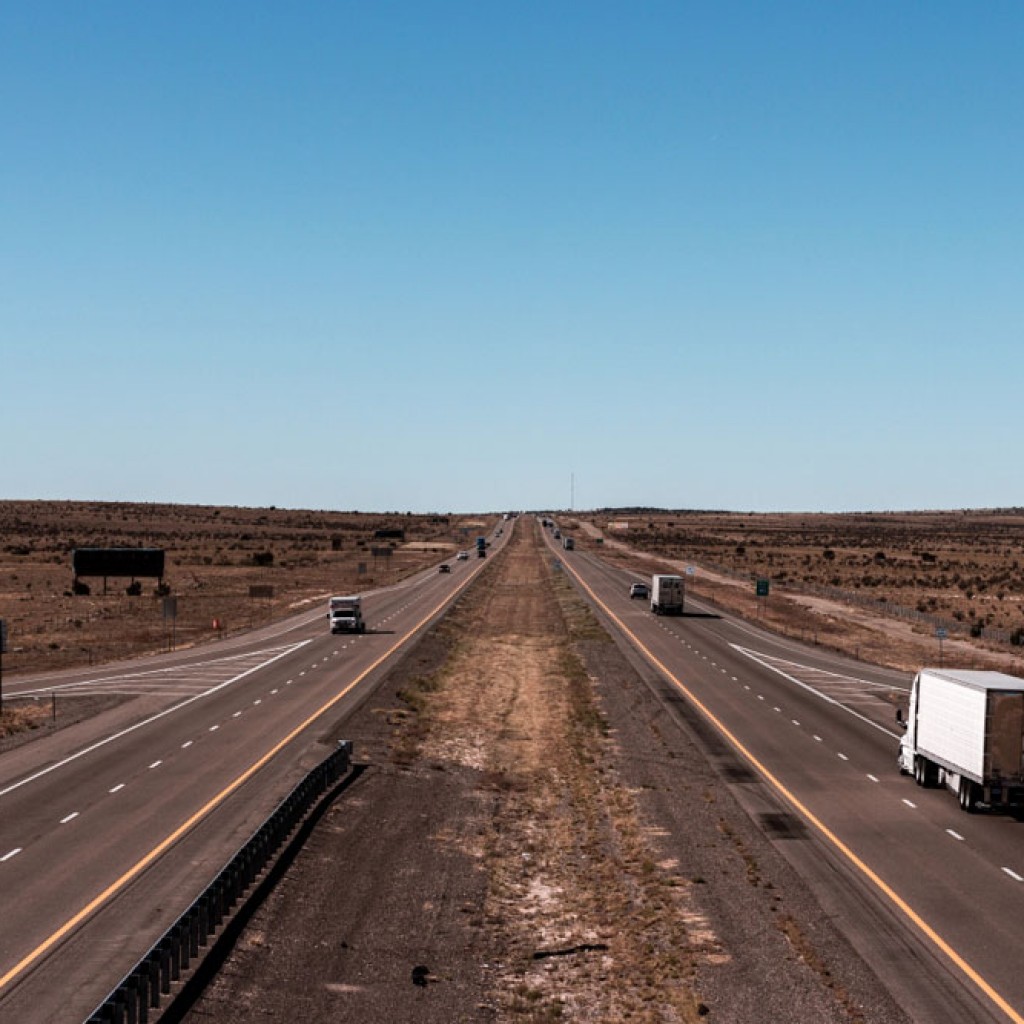 Are you looking for a solution for the transport of… 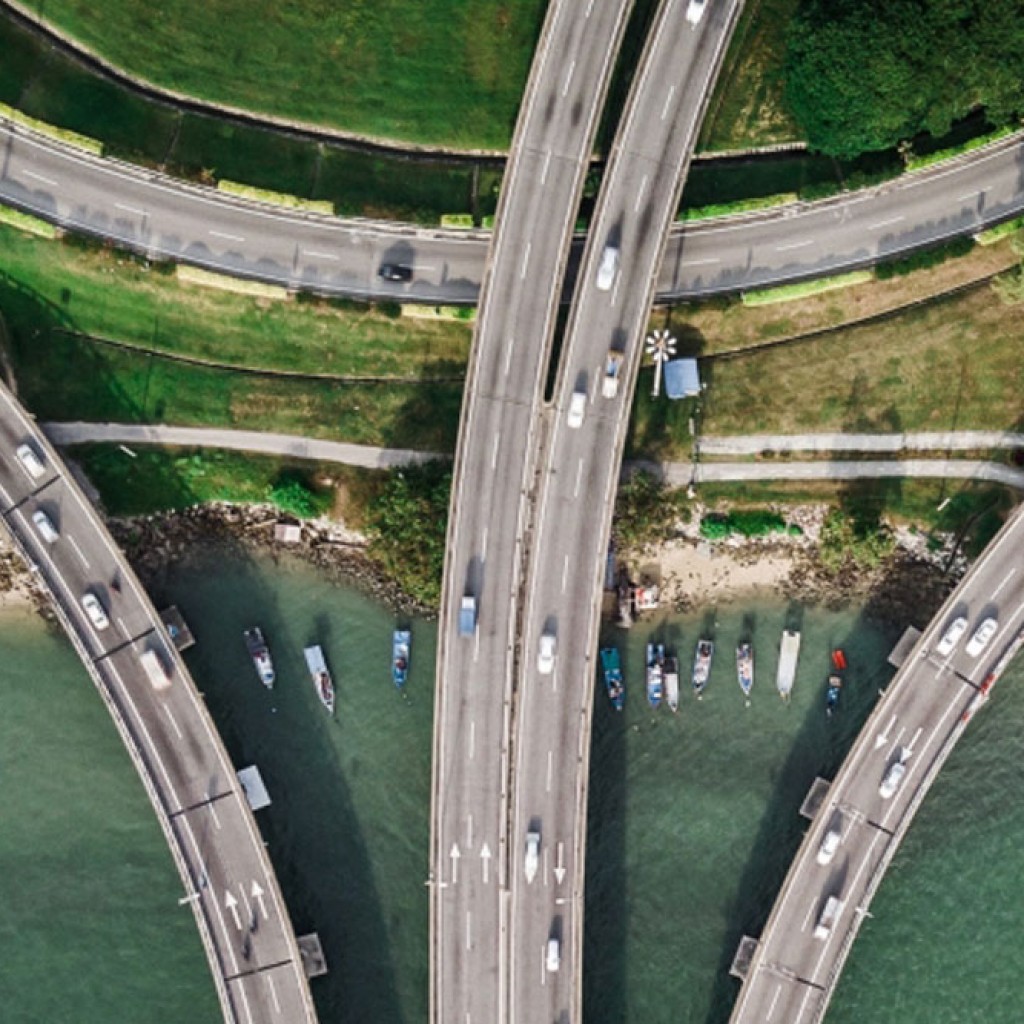 Are you looking for a car transport service that meets… 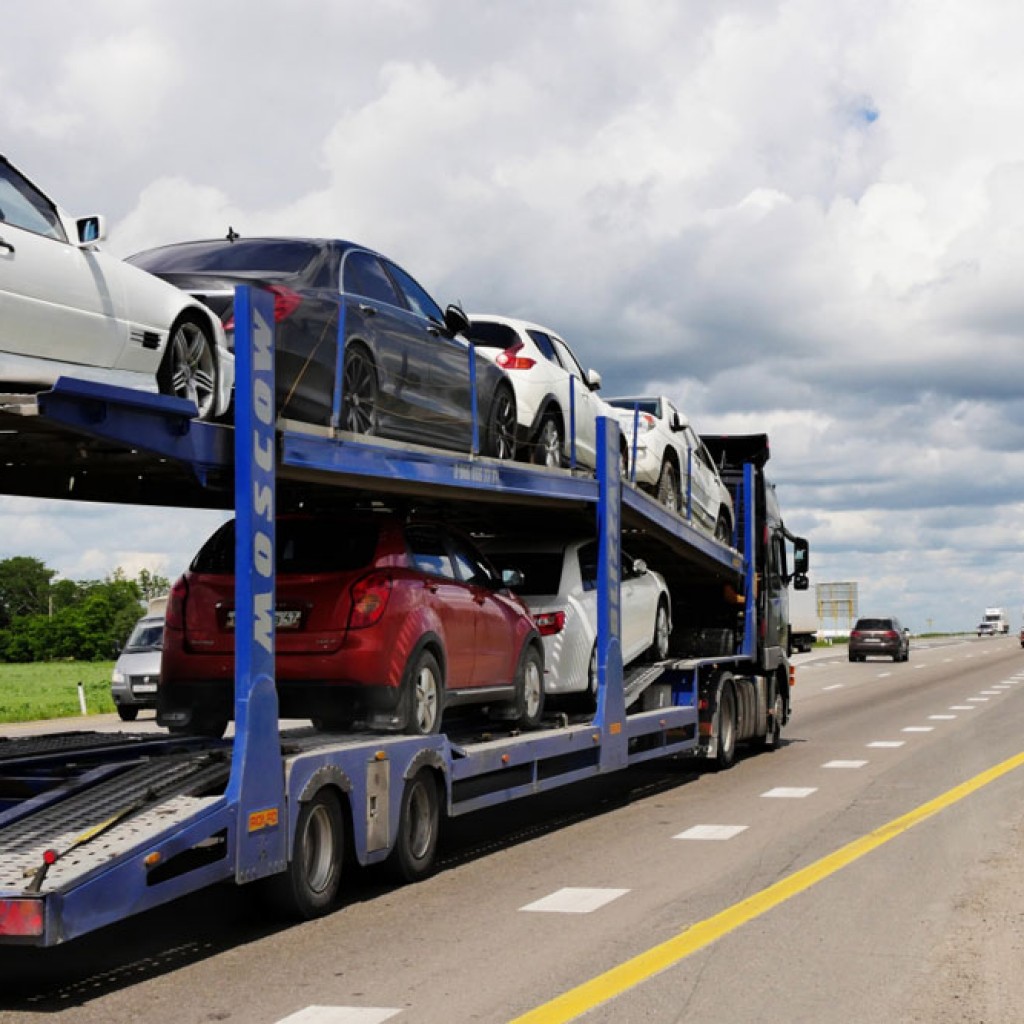 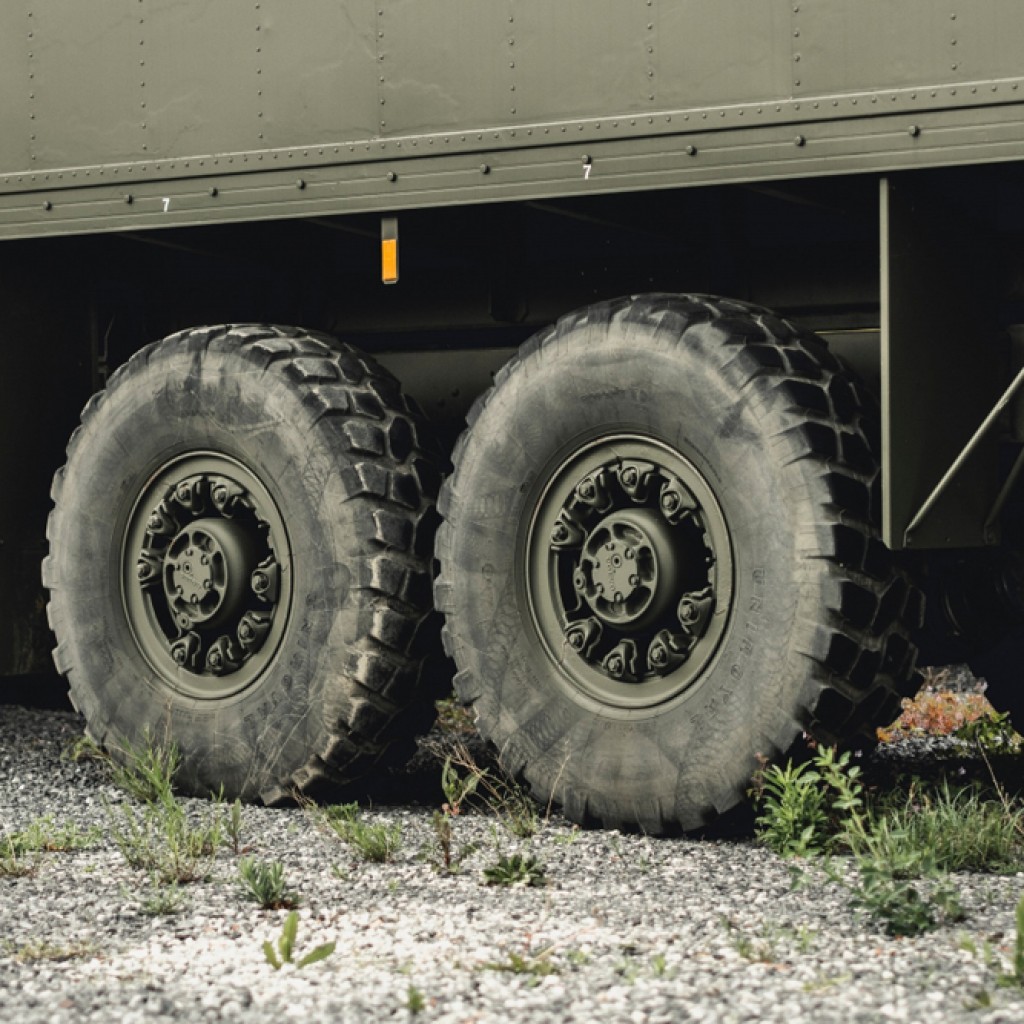 CAR TRANSPORT, HOW TO CHOOSE AND…

Follow our tips to benefit from a completely safe car… 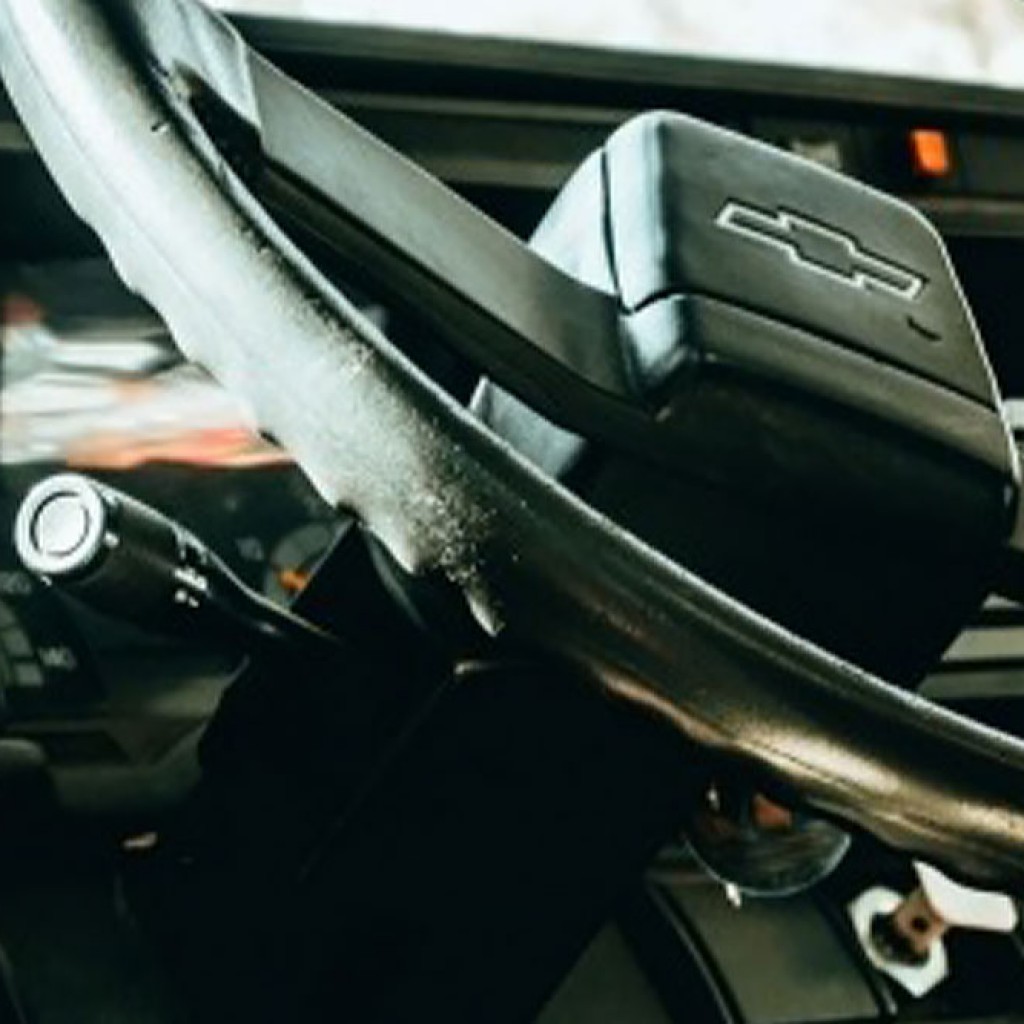 Are you looking for a transport company that travels abroad?Find… 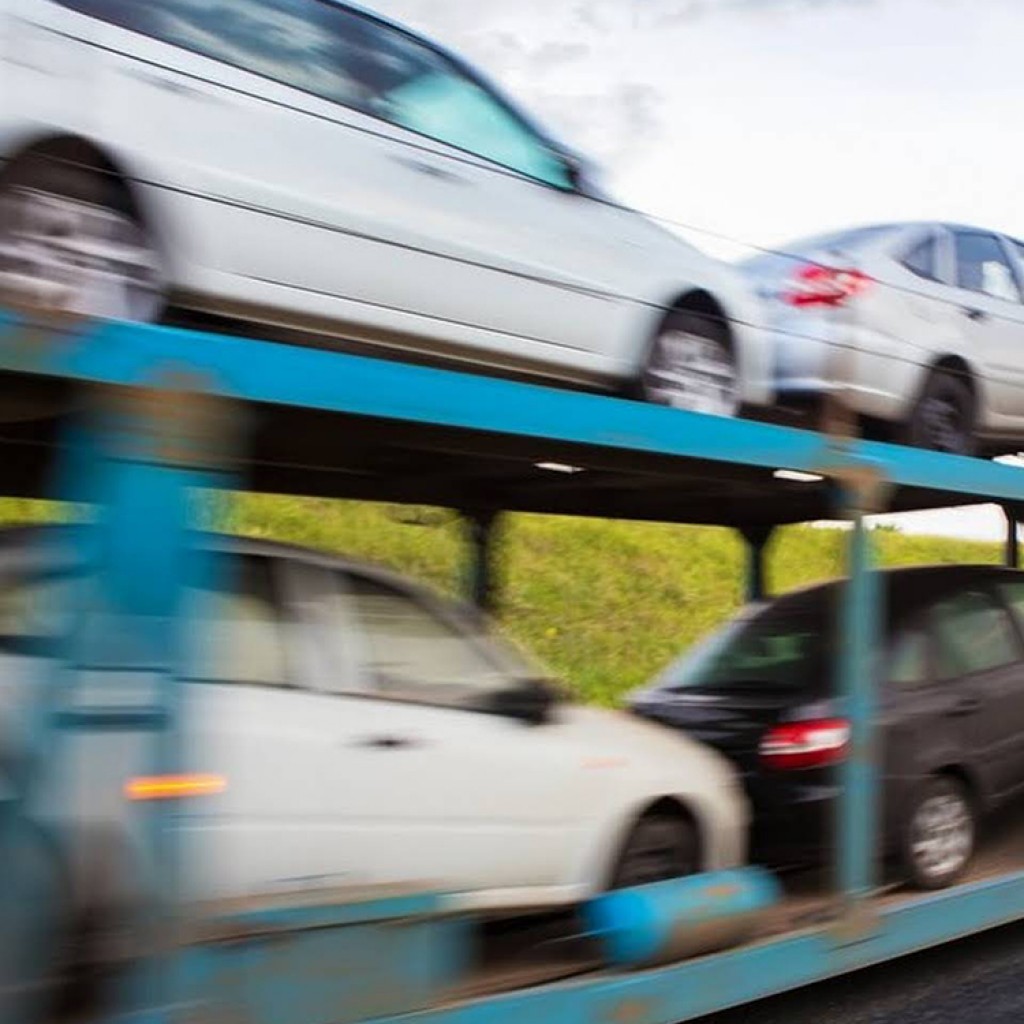 CAR TRANSPORTER: A USEFUL, PROFESSIONAL AND…

Are you looking for a transport service for your car,… 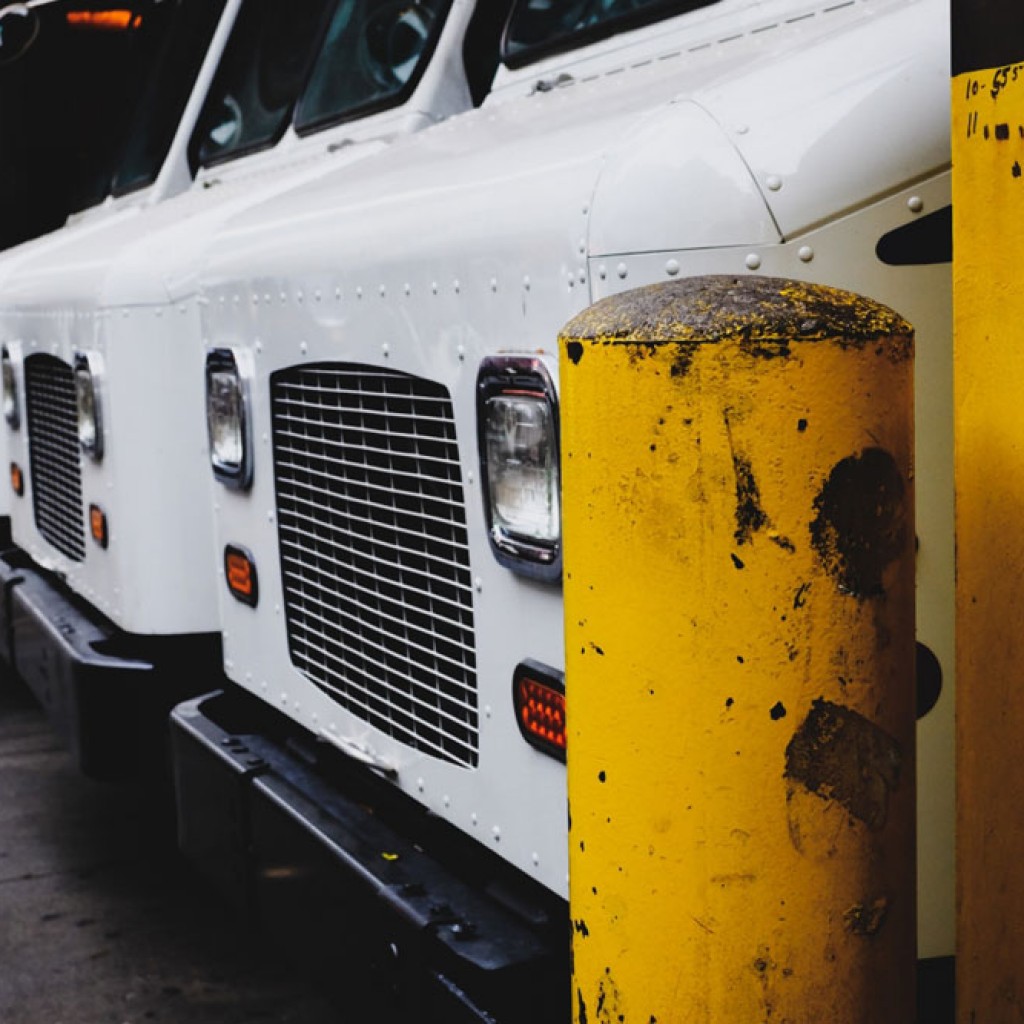 CAR TRANSPORTER: THE IDEAL SOLUTION FOR… 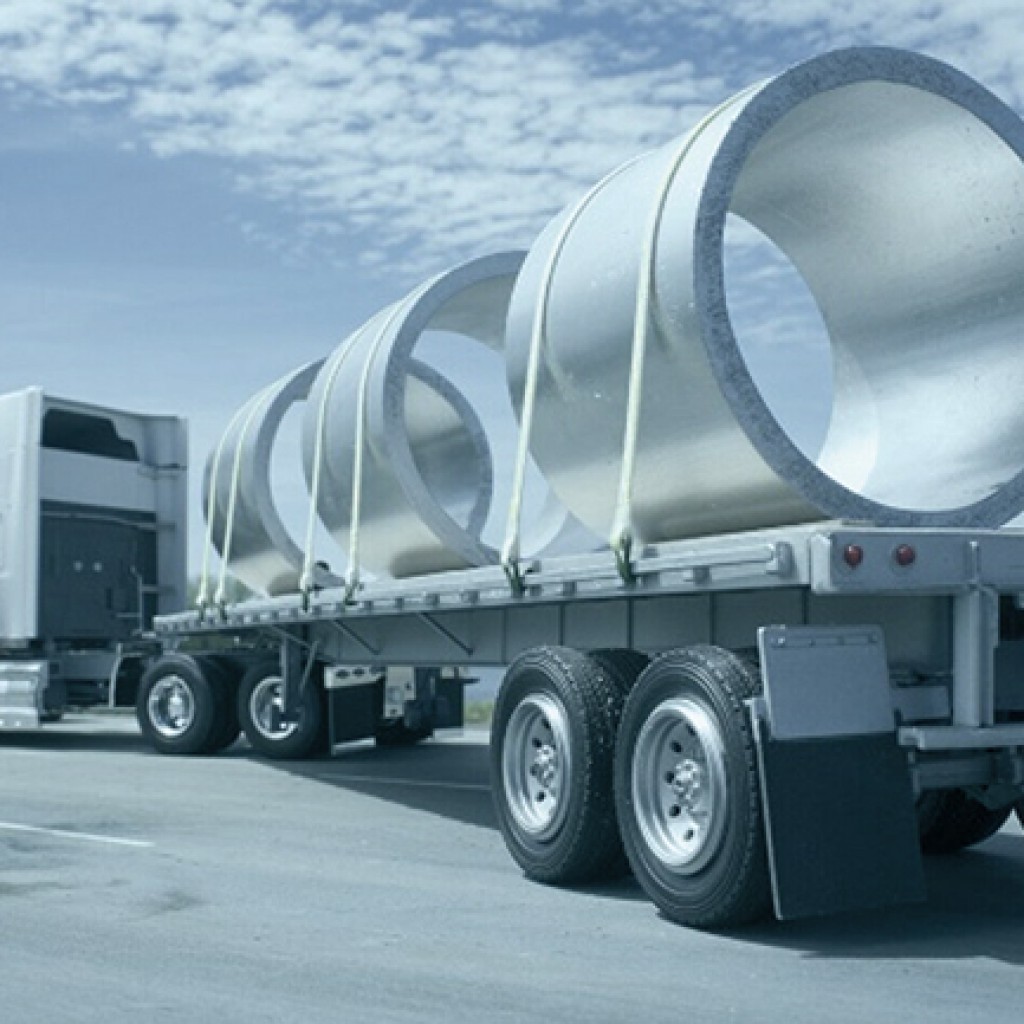 EXCEPTIONAL TRANSPORT: EVERYTHING YOU NEED TO…

Out-of-gauge goods and materials, loads of dimensions and weight exceeding… 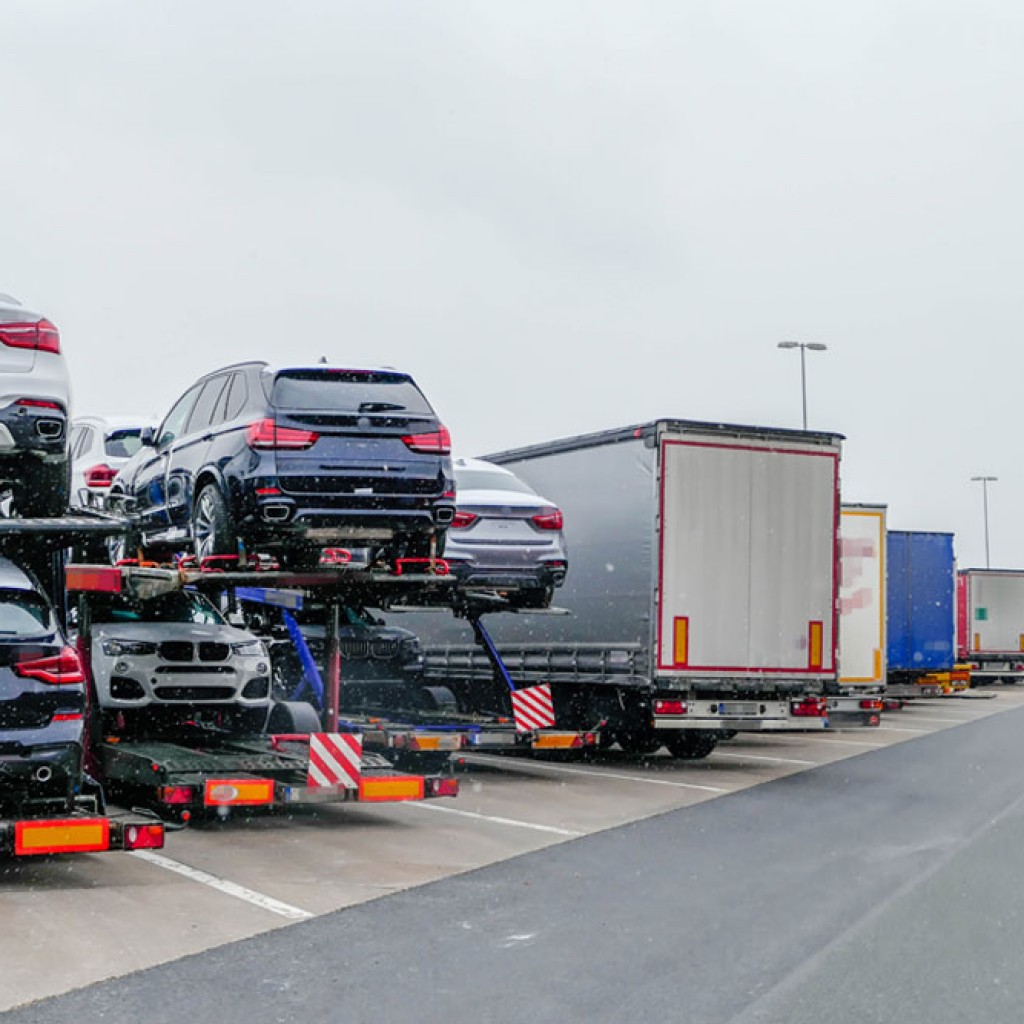 HOW DOES A CAR TRANSPORT WORK?